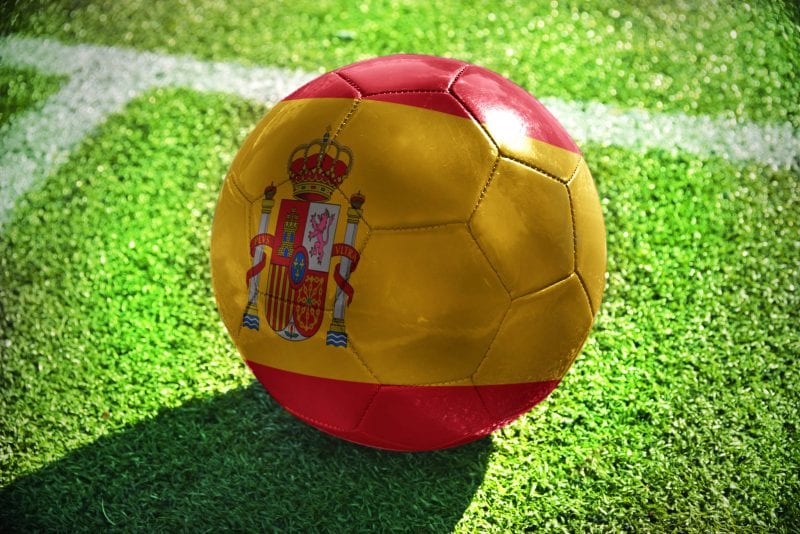 In 117 years of soccer, Real Madrid CF (Club de Futbol) has secured 13 European crowns and was chosen as FIFA’s best club of the 20th century. What’s caused this team to become the highest-earning and widely supported clubs in the world? Let’s take a look at Los Blancos’ historical timeline… think of it as the Sparknotes version of Real Madrid’s History (it may just help you win Spanish trivia night!)

Early 1900’s: Football (American soccer) makes its way to Spain from England; interest in the new sport is piqued.

1900: The unofficial founding of Madrid FC – Julian Palacios enjoys playing soccer in his free time; he convinces his father-in-law to allow him and his English friends to play the trending sport on an open parcel of land of his. Palacios calls a general meeting to establish the team, becoming the first president and captain of the unofficial football club.

March 1902: Real Madrid F.C. is officially established by Juan Padros alongside his brother Carlos, handed off from Julian Palacios.

1903: The first Copa de Espana (now the Copa del Rey) is established. The Padros propose to Alberto Aguilera, the mayor of Madrid, to create a football tournament – he does, in honor of King Alfonso XIII. 5 teams participate – Athletic Bilbao wins the first 2 years; Real Madrid wins the following 5 years in a row. The Copa is Spain’s football National Championship until La Liga is founded in 1932.

1910-1920’s: Football in Spain experiences the standard growing pains of anything new – confusion regarding rules, what teams qualify for what, and so on. This “bickering” is what leads to the formation of a more formal structure…

1929: La Liga (the first premier Spanish soccer league) is founded, comprised of three divisiones. The six champions of Spain, the three runners-up and the winner of a promotional tournament between the clubs in the Segunda would play in the Primera. Real Madrid won 2nd place in its first year, but it was no indication of its future performance; as of now (2019), Real Madrid holds the most winning titles of La Liga (33).

1931-1933: Real Madrid wins its first La Liga trophy, then holds the title the second year – becoming the first team to win 2 years in a row. With star players including Zamora, Ciriaco, and Quincoces, fans amass to watch the team’s growing success.

1936-1938: the Spanish Civil War leaves the team in ruins; many players are exiled, the squad is diminished, and the stadium is destroyed.

1939: Adolfo Melendez is named the new president, setting out to rebuild the team after the War’s end.

1943: Real Madrid meets Barcelona in the semi-final Cup; Barca wins, but Real Madrid knocks them out in a comeback, winning 11-1 – the blanco – azulgrana rivalry is born as the team starts to really take form again post-war.

1943: Alfredo di Stefano, one of Real Madrid’s (and possibly the world’s) best players joins the team – he will win 5 consecutive European Cup trophies and score 308 goals in 396 matches.

1954: The Union of European Football Association (EUFA) is established – though it does not yet include Spain.

1956: French journalist Gabriel Hanot & colleague Jacques Ferran recognize the momentum of football in Spain, and draft regulations for Spain’s involvement in the UEFA; Spain is welcomed into the UEFA tournament with Santiago Bernabeu as its president. Real Madrid wins it in its first year – along with the following 4 consecutive years following – thanks in part to the lead player di Stefano.

1960: Real Madrid wins it 5th consecutive title in the European Cup and the first title ever of the Intercontinental Cup, which is the predecessor to the FIFA Cup.

1966: Real Madrid wins its 6th UEFA Champions League (European Cup) title – at which point the team is unofficially known as the “ye-ye’s” after being photographed impersonating the Beatles (“ye-ye” came from the chorus of a Beatles song).

1978: president Santiago Bernabeu passes away; the Nuevo Chamartin stadium is renamed in his honor.

1993: The European Cup is renamed the “Champions League”

1999: After 32 years without a Euro Cup win, Real Madrid secures the European Cup title – now Champions League title – again, and will continue to hold it for 2 more years.

2001-2002: Real Madrid wins its 3rd Champions League title in a row in addition to winning the European Super Cup and the International Cup.

2014: Real Madrid’s most trophies ever won in one year:

2015: Real Madrid lifts the 11th trophy in the Champions League trophy, continuing to solidify its place as a worldwide leader in soccer.

2017: Another record-breaking year for Real Madrid, they win 5 trophies: