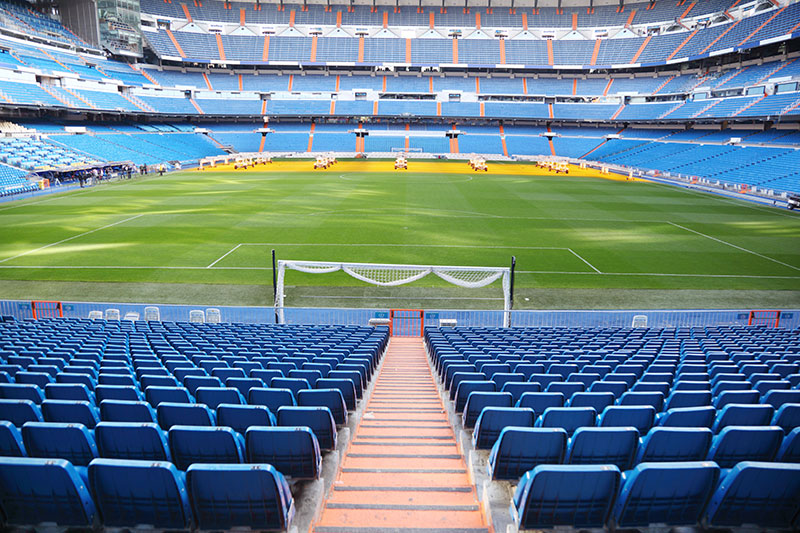 The Spanish Premier Division, more commonly referred to as La Liga, is comprised of 20 of the top Spanish football (American soccer) teams; each year, 20 soccer clubs contest for placement, with the 3 lowest-placing teams being relegated to the Segunda (second) Division as the 3 top-placing teams in the Segunda Division take the former’s place in La Liga. Thus, the battle for finishing in 17th or better is an intense one as the club’s financial stability counts on remaining in the Premier Division due to the television and sponsorship deals.

With its upcoming start in August, here are a few things you should know about the 3 clubs that separate themselves from the rest of the competition, currently dominating La Liga.

About the team: referred to as “Los Blancos” by fans due to their “world famous white shirts,” Real Madrid is the most decorated club in all of Europe. They have won a record of 33 Liga titles (in addition to 13 European Cup trophies, known today as the “Champions League”). They also set the record in 2018 as being the first club to win 3 consecutive Champion’s team trophies, winning 2016, 2017, and 2018 under the coaching of the legendary Galactico (a term used to describe Real Madrid’s marquee signings), Zinedine Zidane.

What fans are watching for this season: a total (and costly) team rebuild by club president Florentino Perez has left fans hopeful for its future after essentially needing to redefine their identity upon their top player Cristiano Renaldo’s departure. During Renaldo’s reign, Real Madrid won 15 trophies, including 2 La Liga titles and 4 Champions League titles, averaging 50 goals per season.

Perez has invested over $300 million in transfers to his team this season, acquiring Luka Jovic, Ferland Mendy, and Eder Militao, and more, but the most watched (and most expensive) acquisition was Eden Hazard, whom the team has placed high hopes in as being able to meet (or exceed) Ronaldo’s goals and title count and continue to fill Real Madrid’s trophy cabinet.

About the team: nicknamed “Blaugrana” by their fans because of their blue and carmine colored jerseys representing the colors of Cataluña, Barcelona has proven to be the most consistently successful club in La Liga in the last decade, winning 7 out of 10 Ligas. Overall, Barcelona has picked up 24 La Ligas and 5 Champion titles throughout its history, but has suffered some embarrassing defeats in the Champions League the last 2 seasons – their domestic superiority in stark contrast to its inability to conquer Europe has left fans a bit bewildered.

What fans are watching for this season: The team relies heavily on Lionel Messi (#10), regarded as the best soccer player of our generation,, to carry the weight of the team, but are hopeful that rumors regarding Neymar’s return from Paris (a previous record-breaking transfer of 220 million euros) to Barcelona turn out to be true. Barcelona has already made a splash in the transfer market by acquiring young Dutch phenom, Frenkie De Jong from Ajax for a whopping 70m Euros and have signed 20-year-old Emerson from Brazil, who Barcelona hope can reinforce the defense. With Messi slowly approaching the end of his career, Barcelona will be looking to win every possible trophy this season while they still have the magical Argentinean playing at an extraterrestrial level.

About the team: the “Roji Blancos” (red and white jerseys) are the true underdogs of Spain, as it’s nearly impossible to financially compete with superpowers Real Madrid and Barcelona – but under the fighting spirit of Diego Simeone, they’ve surprised the world with a recent (’13-14’) Liga win and have even made two finals appearances in the Champion’s league. Fans believe the renewed fighting spirit and successes as of late are a result of coach Diego Simeone’s integrated, organized, and defensive approach to coaching and strategy.

What fans are watching for this season: a new look as a result of many player changes – some have transferred to other teams (Antoine Griezmann has already stated that he will not return), while others have left due to age. Hopes are high with the imminent signing of the Portuguese “wonderkid” Joao Felix, at what is rumored to be a record breaking transfer for Atletico . More funds will be attributed towards team’s war chest as the club will now reap the benefits and attract more world class players due to the allure of its new stadium, the Wanda Metropolitano.

The last time that any team other than these 3 teams lifted the La Liga title was over 15 years ago, when Valencia won in 2004. Who are your eyes on this season as top contender? Come in and enjoy our happy hour specials, tapas, and paella as you watch La Liga – no matter who you’re rooting for.