The Stereotype of the Siesta in Spain 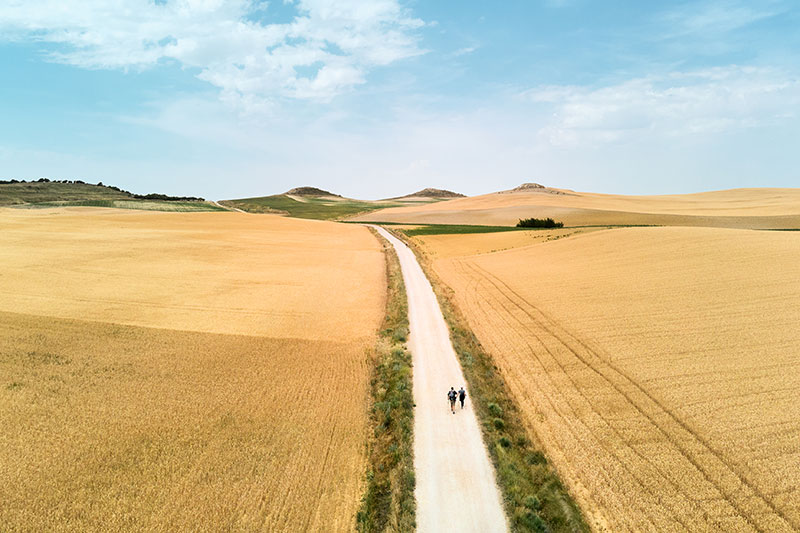 The Spanish siesta is to take a short nap, after a copious midday meal, in order to get revitalized and have plenty of energy to finish the day. Studies show that the optimal length of a siesta should be around 20 to 30 minutes, just enough to slow your heart rate and allow your senses to reset, evacuating stress in the process, but without getting into REM sleep (the dream phase).

The siesta is part of the Spanish culture, as much as tapas are. Spaniards made it a national tradition that is still practiced today, although it is less common, due to the modern lifestyle. But that habit has given Spaniards quite a reputation in Europe, building a stereotype that is not really true or appropriate.

How the siesta became a Spanish tradition

The word siesta comes from the Latin expression sexta hora, the sixth hour, referring to the sixth solar hour from sunrise, which is around noon, or a bit later in winter with the different sun cycle. Romans usually stopped working, to eat and rest at the sixth hour.

Historically in Spain, the break was normally taken during the hottest hours of the day by people who worked in agriculture and farming. This midday break was common and it was a strategic way to escape the heat and recover some energy to return to the field for work until sunset.

Then after the civil war in Spain (1939), many people had two jobs in order to make ends meet. They had one morning job and a late afternoon/evening job. Each shift was usually four or five hours, leaving a two-hour break in between both jobs to eat, rest and travel to the next job.

In the 1950s, with the industrialization and urbanization of Spain, most of the work shifted towards cities and offices, and there was simply no time to come home from the office for a quick snooze.

Laws were in place limiting the stores open hours to 72 hours per week, so it made sense for merchants to continue the siesta tradition by closing their establishments between 2 PM and 5 PM when many people were hiding from the heat, and re-open at night. Restaurants, which have to serve people during that siesta time, shifted theirs to around 4 PM to 7 PM.

The major economic crisis from 2013, when Spain had record general unemployment rates over 25%, did not help because the people that had a job wanted to stay at work as much as possible to prove their dedication and maintain their employment.

Nowadays, with reforms of work laws that extend the number of business hours for shops and, at the same time, reduce the length of the work hours for offices, to be ended at 6 PM rather than 7 PM, removes the need for a  2-hour lunch break. With more and more people working in climatized environments, the heat is no longer a reason to have a nap in the middle of the day.

The majority of Spaniards (over 60%) do not practice it at all these days, while a minority indulge in a midday nap on their days off (weekends and holidays).

The siesta has traditions in many warm countries around the world, mostly related to the midday heat peak. But no other country matches it with a long midday break like Spain did. Colder countries do not have siesta traditions, even during their warm season.

Brunch, prelude to a siesta

Unfortunately, Socarrat restaurants do not offer a bed for a quick midday snooze, but we are always there to serve you delicious traditional Spanish food.

The best opportunity after a long week to experience the Spanish siesta culture is to visit us during the weekend for brunch, served up to 4 PM at our three locations.

Come with friends and family to share one of our incredibly unique brunch paellas, or any of our traditional egg dishes like the Spanish tortilla. We have a menu full of classic and traditional Spanish dishes that will surely satisfy all of your cravings.

Then, after eating traditional Spanish food, return home for a quick nap before fully enjoying the rest of your weekend!