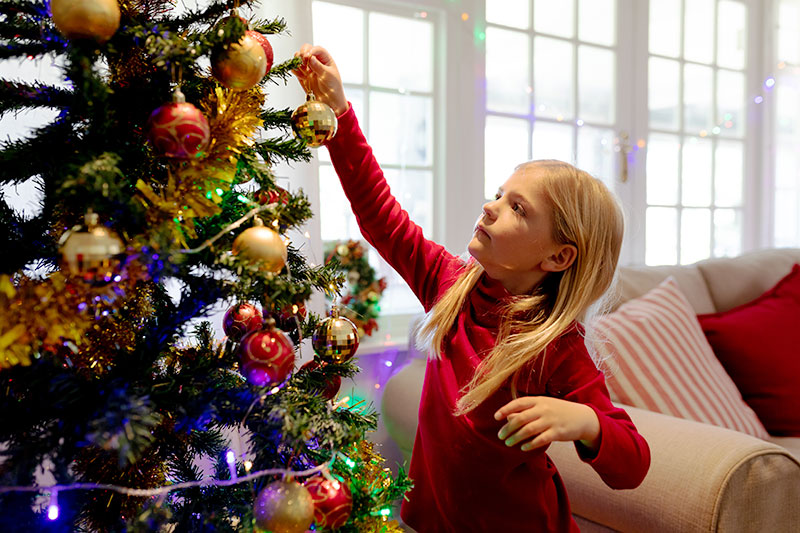 Spain, as you may already know, is a Catholic country and religion plays an important role in the year-end celebrations. In an old and culturally rich country like Spain, traditions are numerous; while some traditions are national and observed across the country, others are regional, even local in some cases. Here we will explore some of our most treasured Spanish Christmas traditions.

Similar to American tradition, Christmas trees are common throughout Spain. Families gather in early December to decorate their Christmas trees. Also, being that Spain is a religious country it is customary to set up a nativity scene, also known as “Belén” (Bethlehem) or “Nacimiento” (Nativity).

Just like New York, the cities of Spain take Christmas very seriously. All throughout the month of December families stroll through city centers to admire the spectacular Christmas lights that adorn the city.

Another Christmas tradition that is still very alive in Spain is Christmas caroling. Groups of people singing Christmas and religious songs to the beat of tambourines and zambombas flood the streets. The zambomba is a Spanish friction drum that makes a deep sound.

Christmas Eve or Nochebuena in Spanish (Goodnight) and Christmas Day, known as Día de Navidad, are two of the most important gatherings of the year when families meet around the table to enjoy a big and long meal.

Depending on the region the traditional dishes for Christmas Eve and Christmas Day can vary.  For example in Galicia, in northwestern Spain, the most popular dishes for Christmas revolve around seafood. It depends on the family traditions of course, but what people don’t normally miss on their tables are prawns, jamón serrano (Serrano ham) and the popular Spanish sweet treats we mentioned before.

Some of the most traditional Spanish Christmas main dishes are:

Some people in Spain go to La Misa De Gallo (The Mass of the Rooster), which is a midnight mass to receive Christmas as the commemoration of the birth of Jesus. The mass got its name because it refers to the moment when the new day begins, and according to ancient Roman traditions, it always began at midnight at the rooster’s song or Canto del Gallo.

In Spain, Santa is mostly known as Papá Noel (Father Christmas). But in many parts of Spain, he is replaced by more traditional figures. In parts of Galicia, the gifts are delivered by the Apalpador (coal merchant), who comes down the chimney and touches the children’s tummy to see if they have eaten enough during the year.

A similar character is delivering the gifts in the Basque and Navarra regions, there he is known as Olentzero, which represents a coal miner coming down the mountain to offer presents to children.

In Catalonia, it is a bit different, because the gifts are “delivered” by a large tree trunk called Tío de Nadal (Christmas uncle). It is placed inside the home a few weeks ahead and on Christmas Day it is shaken and beaten to let the presents out.

A few days after Christmas, on December 28th, Spain celebrates Día de Los Santos Inocentes (Day of the Innocent Saints). It is similar to April Fool’s Day, where children stick little dolls on their friends’ backs and play nice tricks on them.

Spend Christmas the Spanish way this year and join us at Socarrat Paella Bar on December 25th for a special menu featuring traditional holiday dishes.