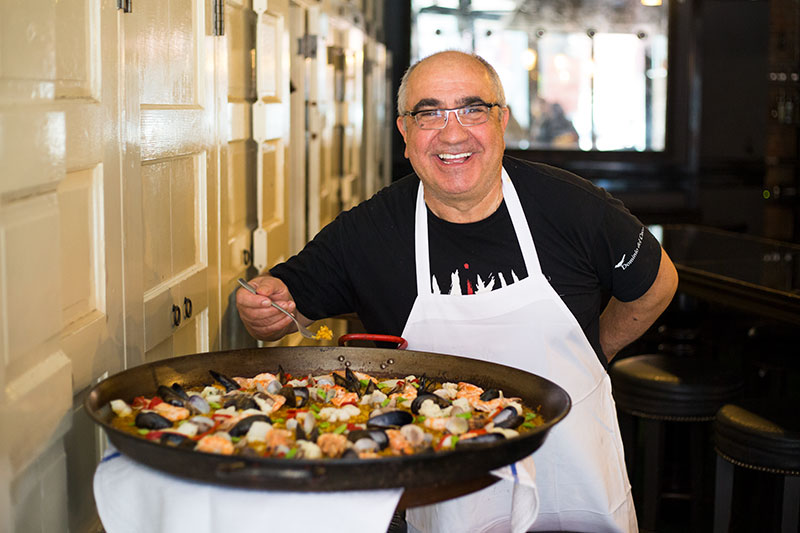 So, taking a look at the phrases or idioms that were crafted over centuries about food in the Spanish society not only gives us a glimpse into how they perceive life, but also about the importance of the food in their language since it is used in popular phrases and idioms.

There are tons of food-related colloquial expressions. In this first delivery, we will mostly focus on those pertaining to the general lifestyle emblematic of the Spanish people, like the Mediterranean Diet we recently described you, as a way to look into the Spanish soul.

Let us start with a few we know because they are commonly used in many countries/cultures, including in the American one:

Then let us take a look at a few that are more specific to the culture of Spain.

As you can see, Spaniards use food in many proverbs and sayings. Some we know because we have similar ones, others are a bit strange or unusual for us, because they represent a culture and a reality different than ours, a piece of the Spanish soul.

In Spain, the culinary traditions are centuries old. Some dishes are still prepared and served as they have been for hundreds of years. Why? Once you find the perfect combination and ingredients and how to mix them together properly, why would you want to mess with perfection?

You can absorb more of the rich Spanish culture by enjoying delicious meals at any of the three locations of Socarrat in NYC. Come for a full meal with paella, seafood, tortilla,… or just stop by with friends for tapas and wine, use any excuse to get into the Spanish way of life of enjoying food and wine with friends.